The Maston-McKinley Act[1] had just passed giving them partial suffrage.  It was not all they had worked so hard and hoped for but it seemed like a step in the right direction.  This bill gave them the right to vote in municipal, school and special elections.  And a special election was set for the upcoming Fall, a Constitutional Convention was calling for delegates and the women could vote for this.  The convention was to reconsider their right to full suffrage.

Registration opened on June 11 and was to continue until August 20, or 60 legal registration days, expiring 29 days before the election on September 18.

In Miami County, registration quarters were opened on the first floor of the courthouse, in the first room on the north east of the rotunda.  It is still used today for the purpose of registering voters. 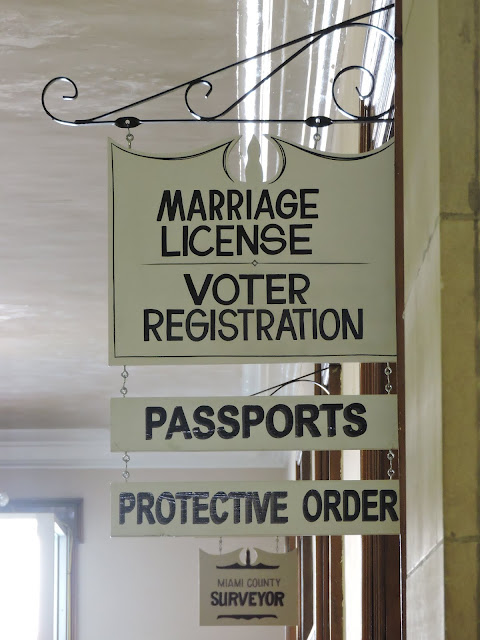 “The first woman who registered in Miami County was Miss Lorna Dresser; the first man was County Clerk A S Berger.  More persons registered the first day than on any day since, about half of the whole number being women.  Four women came in from Macy on the first day.”

It is amazing that in spite of the fact that 3 copies were made of each registration, it appears not a single one survives.

That week was a busy week for the suffragists as Mrs. Augusta C Hughston[3]
of New York, a national organizer of the American Woman Suffrage Association, in Indiana for 30 days, to help “where organization is needed.”[4]

How many women were able to register in Miami County in 1917, we do not know.  In fact Miami County would have an additional challenge.

The Maston-McKinley Act would be challenged and on June 25th, 1917, Judge Thornton, in Indianapolis ruled the new law legal except for the women’s vote, and he issued an injunction to prevent women from registering.

Marie Edwards, state president of the Indiana Woman’s Franchise League, immediately went to bat for the women of Indiana and on June 27, Attorney General Eli Stansbury issued a statement allowing the women’s registration to continue as Judge Thornton’s decision did not affect the registration law. 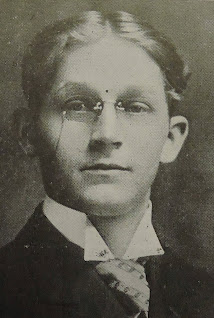 However, young overzealous clerk Aaron Berger had his own thoughts on the matter and he continued to bar women from registering and stated he would until the Indiana Supreme Court returned with a judgment on the case.

The Peru Journal of Jun 27, 1917 states that: “Women in Miami County who registered to vote for delegates to the state constitutional convention before five o’clock Tuesday evening are all who will register here for several days, at least.  County Clerk Aaron Berger did not permit any women to register Wednesday.”

In spite of the dispatches that women could register all day Wednesday Clerk Berger insured that no Miami County women register after Tuesday afternoon.  There is no registration record to give details and the paper only reports: “Women were registering fast in Miami County, according to reports. The local registration board refused to give out statistical information however, and said only that ‘women are registering much faster than the men’”[5]

On the advice of Marie Edwards, Miami County suffragists began to secure notaries[6], who donated their time[7] and continued to register women at accessible locations, such as the Franchise League Headquarters located then at the Guild Hall of the Trinity Episcopal church. 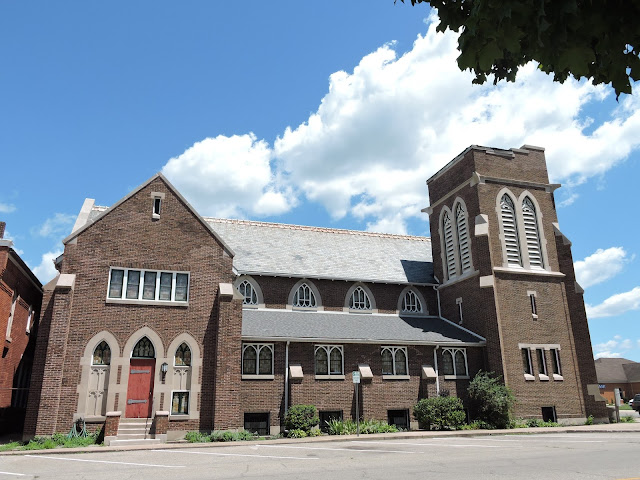 Registration papers were to be preserved and offered to the county clerks at once when a favorable decision would be secured from the Supreme Court.[8]

Luckily Clerk Aaron Berger must have relented as the Peru Republican of July 6, 1917 mentions that: “Registration by women for voting for delegates to the constitutional convention has been going on at the county clerk’s office for the past few days and will continue until August 20, the time limit set by the law, unless ruled against by the supreme Court before that date.”

During Woman’s Patriotic Week, on July 2, 1917, four cars decorated in yellow suffrage colors toured the county, distributing suffrage literature, in rural homes and small towns.  A picture of the car was taken by Lentz Brothers[9], that day, just as they were leaving the Rosewood mansion where Helen Royse Shirk, Peru League president resided.

The Peru Electric Works and

The Fox Brothers underwear factory, where some 40 women registered.  There, Mrs. Emma Barry[10] spoke on suffrage, with “the machinery being stopped and the girls being given an opportunity to register.  Every courtesy was extended to the ladies by the managers…”[11]

The Indiana Supreme Court returned a decision and decreed there would be no new constitution for Indiana in 1918, that the legislature had no right to call for a constitutional convention and so, no special election was held.[12]

In September the Maston-McKinley Act was reversed, though Marie Edwards still held hope[13] for a vote in the presidential elections until the State Supreme Court deemed the suffrage law unconstitutional and Indiana women lost their partial suffrage on October 26th, 1917[14].

Between its passage and the ruling by the Indiana Supreme Court, between 30,000 and 40,000 women registered to vote in Indianapolis alone.

Lines blur about this time as women were encouraged to donate their time to the Red Cross to knit socks for soldiers, sweaters, and sew surgical gowns and other supplies.

The call soon became Patriotic service in exchange for Suffrage, just as had happened during the Civil War, with one big difference, women were better prepared and the movement would emerge from war years, stronger than ever. They were now serving with the Council of National Defense in a federally coordinated effort, supported by the National American Women Suffrage Association, led by Dr. Anna Howard Shaw.

Since we are lucky enough to know Lorna Dresser was the first to register in Miami County on June 11, 1917, let’s learn a bit more about who she was. 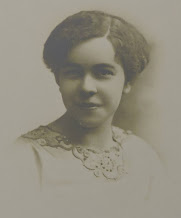 On June 13, 1917, Lorna Dresser accompanied her future in-laws, Mr. and Mrs. John Unger to Lafayette to attend commencement exercises at Purdue University.  Her fiancé Noel Unger had taken an engineer’s course before heading out to Fort Benjamin Harrison where he was enlisted in the Cadet Officers’ training camp.[16]

Noel and Lorna had been sweethearts since High School.

There they had both worked together on the staff of the Narcissus.

Lorna was the only daughter of Kenneth Lodewick Dresser and his wife Maude Julia Mills.  She was born on 23 February 1893, in Goodland, Kansas.  Her family moved to Peru from Muncie in 1902 when her father was transferred here for his railroad job.  She graduated from Peru High School in 1912 and was described as “one of the most charming girls who ever lived in Peru.”[17]

She took a job as a clerk in the office of County Recorder Frank Dunn, and was active in social circles.  The 1912 Narcissus describes her as “an energetic class worker”

They married in Peru, on August 26, 1917, at the Trinity Episcopal church, mere days before Captain Noel Unger was to leave for Camp Taylor in Louisville, KY[18].  She joined him in October 1917 and took up residence on Zimlic Lane.  Noel Unger served as Captain of Company C, 334th Infantry.[19]

Life was good for the couple in spite of the unavoidable anticipated departure for war at any time.  Lorna traveled back to Peru to visit her folks and that is during one of these extended visits that she became ill and tragically passed away on April 30, 1918.  The widowed captain would sail overseas less than 6 months later. He returned in April 1919 and remarried.  He eventually left Peru, IN.

Many thanks to Melissa Gentry for mentioning Lorna Dresser and sending me back to 1917 to find her!

Melissa Gentry is the Map collection Supervisor at the Ball State University Libraries' GIS Research and Map Collection.  Her presentation, "Mapping Indiana' Suffrage History", in December was outstanding!  We appreciate her sharing the following links and hope it will broaden their reach.

Her collection of maps is entitled: "Indiana Suffrage Stories' Maps" 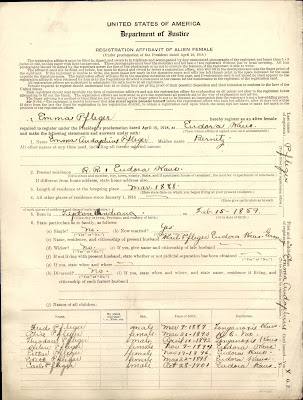 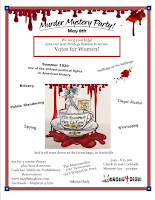 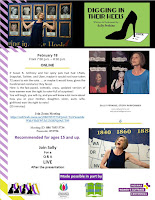 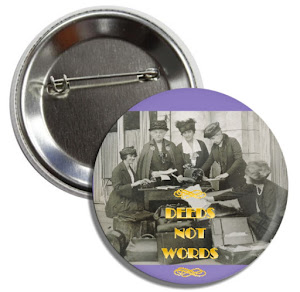